Damage
To Your
Property?

Damage
to your Property?

Day Adjusting & Consulting works on a large range of project types, we hope the examples below demonstrate the range and quality of our work product. We offer a wide variety of claims services to both commercial and residential clients. Please click the residential button below to check out some of our residential projects. Click the commercial button to check out some of the recent commercial projects we've worked on. If you have any questions, please reach out to us! We'd love to hear from you and be given the opportunity to help. 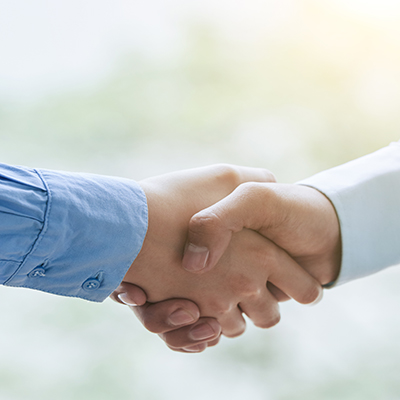 Richard Icaza
Best public adjusting company in Florida! I’ve worked with other public adjusting companies in the area on previous homes I’ve owned, but nothing compared to my experience with Day Adjusting. They were knowledgeable, always on time, and very easy to get ahold of through phone calls and text. My claim was large and complex, but this company knew exactly what to do and got me a great settlement with my insurance company. I couldn’t be happier with the outcome! Thank you for your hard work!

Rusti
Blake He treated me like family! I’ve worked with Blake for almost a year to get through this insurance claim. On my own, I kept good records and timelines of events, which helped the process when Blake made his way into the equation. I couldn’t have been more grateful for his hard work and dedication. He came out to the home more than once, called me to ensure I received the updates I was waiting for, followed up with an email of our conversations, and was always involved with my lawyers. Seriously a team effort, but he was leading the whole time. Blake’s knowledge was above and beyond my expectations and hung in with me until the end. Again, this is your guy!

Karen Pettigrew
I am delighted with the service I received from Luke Williams! Luke worked diligently on my roof claim, with constant communication and professionalism, always available and providing exceptional follow up. The whole process was seamless and stress free because of Luke, thank you from the bottom of my heart ❤️ Karen Pettigrew.

harley oelschlager
Day adjusting handled a very complex ins. claim for us.they and their legal team did an outstanding job and got us a settlement that was larger than expected.i would recommend them to anyone.

Kathy N
It took 4 years, 2 events and 2 Adjusters before I met Paul and his team. Finally, the Insurance Co. broke under pressure and I got a new roof. Thanks to Paul and his team. Paul was professional, percise, polite, experienced and informed. He allowed me to rely on him through the whole process. He never, ever lost his patience that I know of...lol. The sad part is that costs for everything is going up out of control. There are many factors for that. The extra cost of fighting this claim could have been avoided causing less losses for the insurance industry; and awarded me the benefits I paid for. So....it creates a job for people like Paul Wolf. We need them. He never disappointed. He followed through. He got me my roof. I'm a 70 year old widow on disability with a background in new residential sales and construction. I was in good hands from start to finish. Far exceeded my expectations. I love my new roof. Thanks guys!!!!

Jacobo Bacariza
Dealing with my insurance company was proving to be a big hassle. Luckily, my friend recommended Day Adjusting to me. They were able to handle everything for me and get the settlement I was looking for!

remington baturin
I am so happy with my experience with Day Adjusting. I was lost when it came to handling my insurance claim. They were able to come in and take over the entire process for me! I will definitely be using them for any claim issues in the future!

Kayla Lindsay
Jacob with Day Adjusting & Consulting went above and beyond in assisting me with my insurance claim!

As a privately hired Adjusting company in Terrytown, Day Adjusting & Consulting advocates for policyholders when they have to file an insurance claim. Day Adjusting & Consulting takes on the entire claim process for you, it is our objective to negotiate with your insurance company for a higher and more appropriate payout. We are state licensed and regulated professional insurance adjusters that represent YOU, not the insurance company. Whether the claim has already been filed, needs to be filed, or has been closed with an unsatisfactory payout; we can represent you at any point in your claim process, even if your claim has been denied. According to a government report (No.10-06) produced by OPPAGA (Office of Program Policy Analysis & Government Accountability), using a Public Adjuster increases insurance claim payout by 747%. Do not fight corporate insurance alone, it is YOUR RIGHT to have your own professional public adjuster represent you in order to receive every penny that you are entitled to under the terms of your insurance policy. 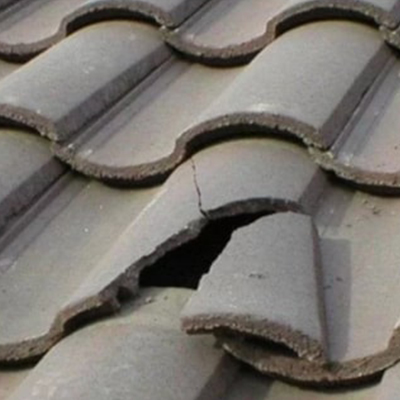 What is a Public Insurance Adjuster? 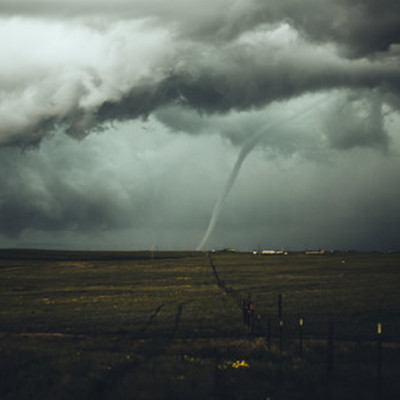 How The Process Works

Who Files the Paperwork?
Do I have to call my insurance company?
Find out how the entire process works right here. 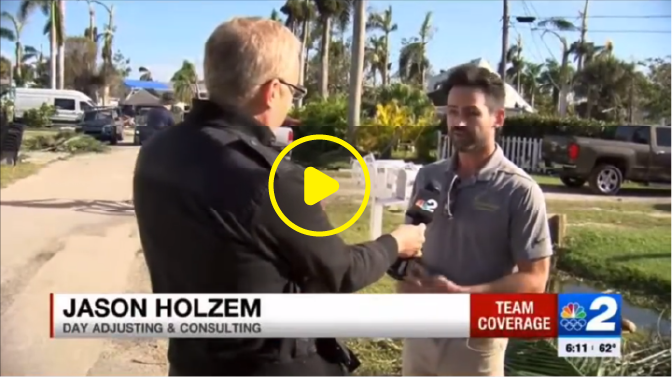 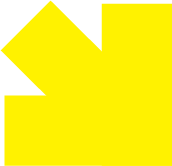 160 days ago Luke Williams of Day Adjusting met Pam and Larry Neubert at their house for the first time. At that time they had been without a kitchen for 426 days while their insurance company did nothing substantial to help. After Day Adjusting went through all of the claim details and got them signed up, Pam stopped Luke as he was headed out of the door. She wanted to take a picture to commemorate the day that someone showed up to finally solve their problem.

Now today, on day 586, she asked again to stop and get another picture, this one with the signed release in hand.

Day Adjusting more than tripled the approved estimate and their repairs will now begin immediately! We’re happy to help another homeowner in need! 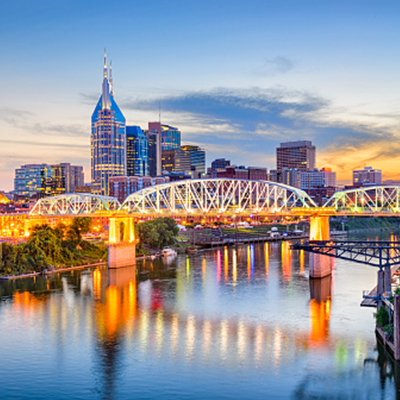 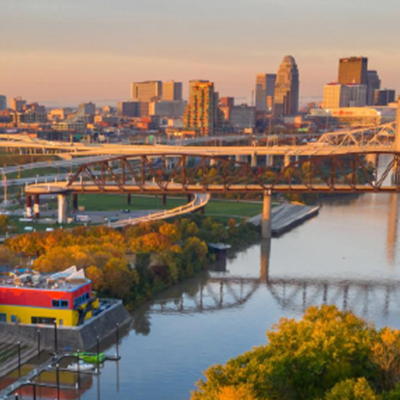 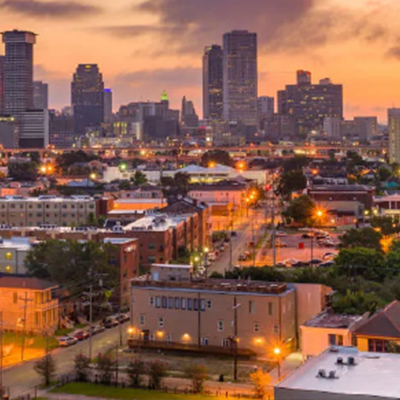 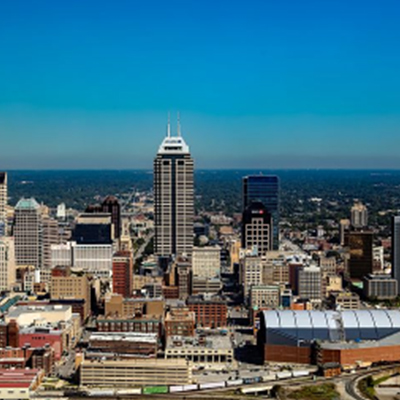 What Is A Public Adjuster?

What is a public adjuster?

A Public Adjuster is the resource no insurance company will tell you about. Our public adjusters are licensed insurance professionals that work exclusively for the public to represent policyholders when they’ve experienced damages or a loss.

Public Adjusters are highly regulated by the state in which they practice, who make sure that the public adjuster is operating according to state standards and statutes.

In the state of Florida, Public Adjusters must go through a lengthy process in order to receive their licensing and credentials.

All Public Adjusters must go through and complete a rigorous insurance course and pass a state administered bar exam.

All Public Adjusters must comply with fingerprinting and background checks, be bonded for $50,000, and then apprentice under another licensed Public Adjuster for one year.

What's The Difference Between The Insurance Company's Adjuster and a Public Adjuster?

WHAT'S THE DIFFERENCE BETWEEN THE INSURANCE COMPANY'S ADJUSTER AND A PUBLIC ADJUSTER?

There are a few key differences between the insurance company’s adjuster and a Public Adjuster. Insurance companies have their own adjusters that they send out to assess the legitimacy of an insurance claim, they are called staff adjusters or independent adjusters.

A staff or independent adjuster cannot represent both the insurance company and the policyholder because that would be a major conflict of interest.

Staff and independent adjusters can often be one-sided, biased, and nit-picky, scrutinizing the damages to avoid awarding proper payment, or denying legitimate claims all together. The insurance company they work for keeps record of how much they’re paying out, and if it reaches a certain number, their job could be in jeopardy. They are essentially pressured to keep their claim payouts as low as possible to save the insurance company’s money.

Public Adjusters are there to tip the balance scale back the other way, to look out for the interest of the policyholder. No longer are you left at the mercy of a job-scared biased party.

A Public Adjuster can be hired by you, the policyholder, to assess the claim, negotiate with the insurance company, and sometimes go to court as an expert witness to resolve your claim and get you the compensation you deserve for restoration of damages.

How Do I Pick The Right Public Adjuster?

When looking for Public Adjuster in your area, it is important that whomever you choose is indeed carrying a license and bond from the state your loss occurred in. You can find out if your public adjuster is licensed and bonded by calling your state department of insurance, or by visiting your state’s website for licensee searches
FL | LA | TN | IN | KY

You want someone that has experience and extensive knowledge! Always check online reviews and ask people in your neighborhood or town. Public Adjusters are like any other profession, there are certain ones out there that you’re better off avoiding.

To obtain the services of a Public Adjuster, cost should range from 8% to 20% of your total claim. Anything higher or lower than those amounts may be a concern as to whether or not you’ve hired the right Public Adjuster. The contract you’ve signed should have a disclaimer explaining how long you have to terminate the contract, if you find you need to cancel.

Day Adjusting & Consulting, as you will surely find has everything on the list of finding “the right Public Adjuster”.  But to be fair, you should do some research for yourself. The internet is the best source for finding a Public Adjuster that represents clients in your area.  As you begin researching, you’ll find that most Public Adjusting firms are located in large cities, and have a multitude of clients. There should be adequate time for focused attention on each client.

Day Adjusting & Consulting has a branch out policy in place that enables our Public Adjusters to focus on a minimal amount of clients at one time, by limiting the number and hiring more qualified adjusters or office staff when numbers exceed the set amount.

Our pay comes directly from the money the insurance company awards, so there’s no out of pocket expense.